This browser is not actively supported anymore. For the best passle experience, we strongly recommend you upgrade your browser.
All Posts Subscribe
September 16, 2022 | 5 minutes read

Carbon Neutrality: What is it and why is it an important goal? 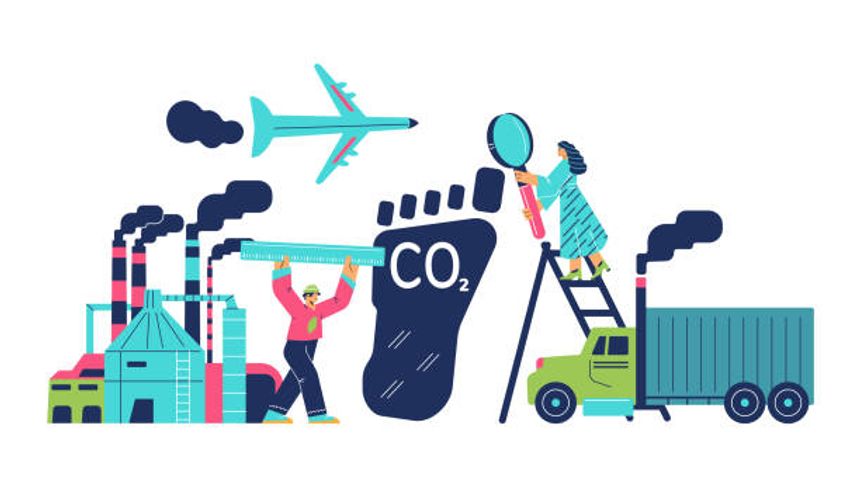 A company's impact on global warming is one facet of sustainable investing that has quickly become a key differentiator for investors—one that can tip the scales between similarly positioned companies or even help shore up an otherwise disadvantaged prospect. The analysis of a company's carbon generation can be an actionable tool for investors to use to measure and anticipate potential risks and opportunities to create value if a company scores low in its environmental competency.

However, to add confusion, nearly all conversation related to global warming freely substitute Carbon for Carbon Dioxide (CO2).  Carbon emissions, carbon footprint, carbon taxes, along with carbon neutrality and carbon positive, are all referring to the greenhouse gas carbon dioxide or CO2. For context, our earth's atmosphere is composed of approximately 78% nitrogen, 21% oxygen, 0.93% Argon, and 0.04% carbon dioxide, as well as trace amounts of neon, helium, methane, krypton, ozone, hydrogen, and water vapor. Gases that trap heat in the atmosphere are called greenhouse gases and account for close to 1% of the atmosphere. While the level of greenhouse gases represents a small percentage of our planet’s atmosphere, carbon dioxide accounts for close to 79%.

Data from historical ice core studies and monitoring sites have shown a significant increase in carbon dioxide concentrations in our atmosphere over the last few hundred years. 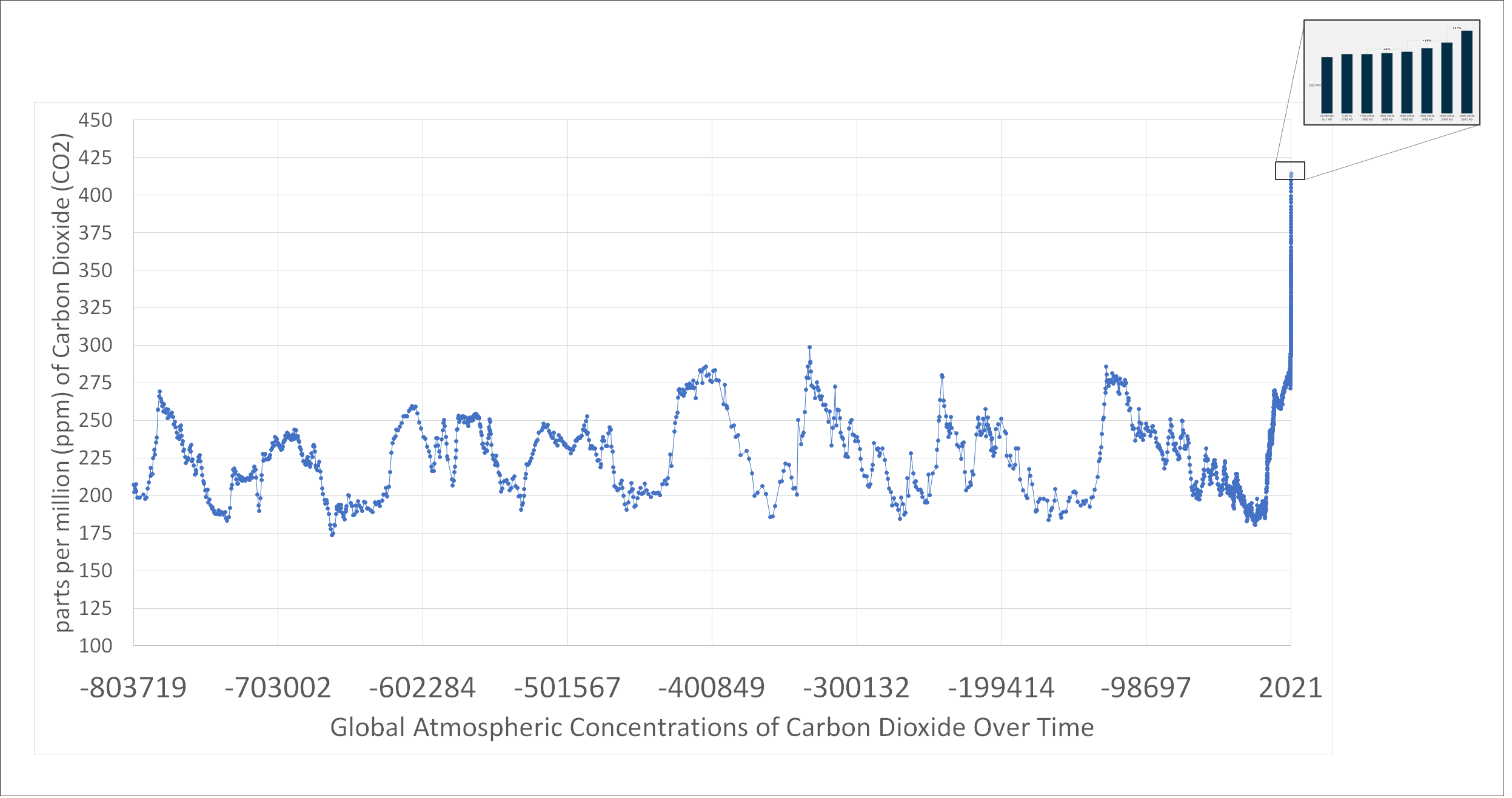 Historical measurements show that in the past 800,000 years the global atmospheric concentrations of carbon dioxide, averaged 231 parts per million (ppm), increased to an average 357 ppm in the last 50 years (above historical peaks) and in the last 10 years the increase in atmospheric CO2 has averaged 402 ppm. 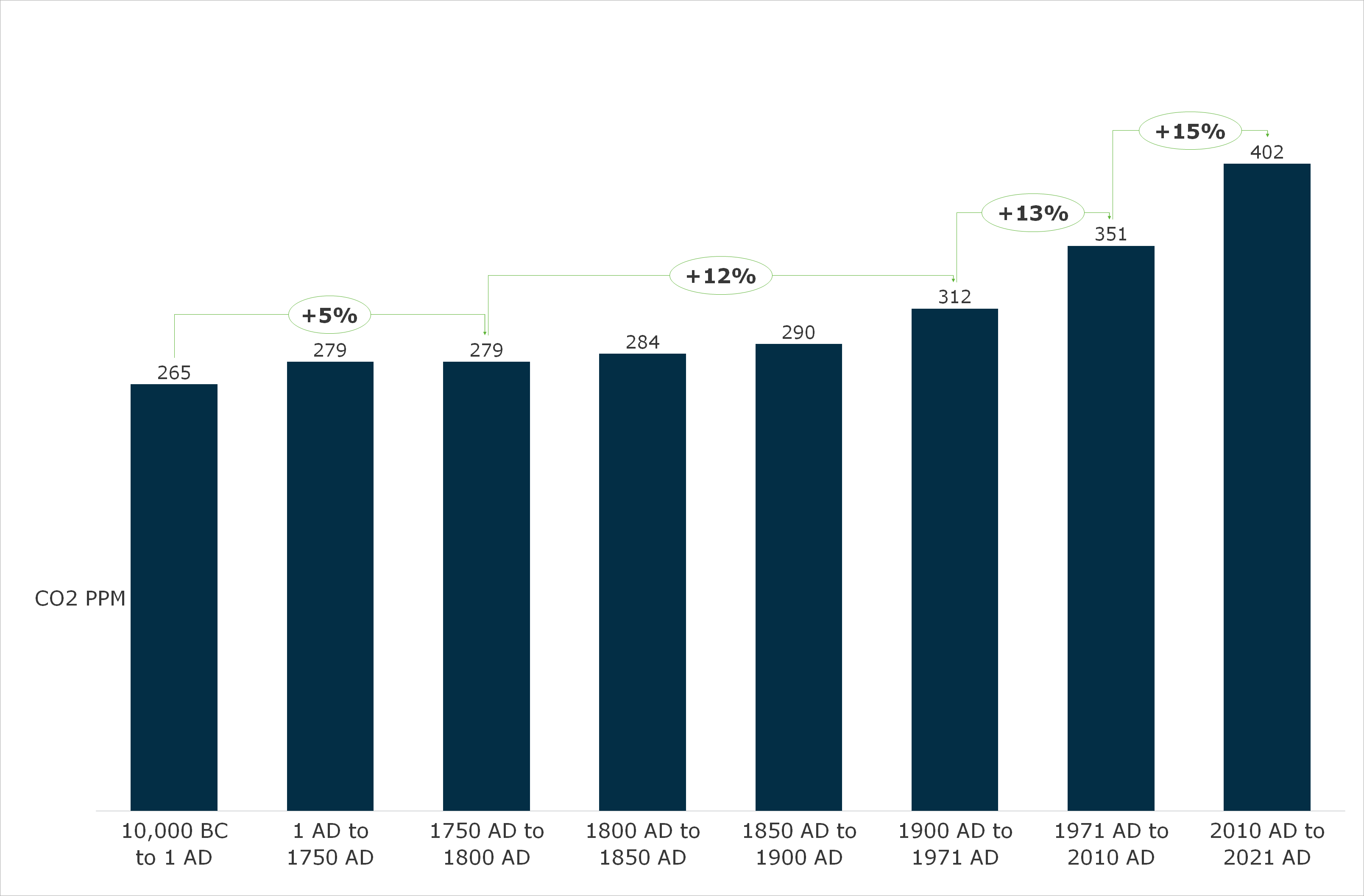 The important thing to understand is that carbon dioxide is very good at holding in heat from the sun. As a result, even a small increase of carbon dioxide in the atmosphere can cause the earth to get even warmer. Greenhouse gases such as CO2 disperse uniformly in the atmosphere and consequently, carbon emissions generated and/or avoided in any single country is irrelevant.

So what is carbon neutrality?

The consensus is that carbon neutrality is reached when the same amount of CO2 is released into the atmosphere as is removed by various means, leaving a zero balance, or zero “carbon footprint”.  Achieving carbon neutrality has a much larger benefit when it comes from an industry or a national economy, but it's also a worthwhile goal for individuals.

A carbon footprint is a measurement of the total amount of greenhouse gas emissions caused by an individual, organization, service, or product.  A carbon footprint becomes carbon neutral when the calculated carbon emissions (CO2) produced is offset by avoidance, reduction, and/or investment in carbon offsetting projects. Offsetting simply means calculating emissions and then buying equivalent “carbon credits” from projects that remove the emissions of an equivalent amount of CO2. One carbon credit is equal to one ton of CO2-equivalent gases. And companies can pay for the CO2 they are unable to remove.

In order to take action to reduce emissions, we need to understand, measure, and have a way to certify sources of carbon dioxide. The Greenhouse Gas Protocol (GHG Protocol), is the world’s most widely-used greenhouse gas accounting standard, and has categorized the different kinds of emissions a company creates within its own operations and in the wider ‘value chain’ (its suppliers and customers).

Scope 2: Accounts for greenhouse gas emissions from the generation of purchased electricity consumed by the company.

Scope 3: These emissions are a consequence of the activities of the company, but from sources not owned or controlled by the company. Scope 3 activities cover a wide range along a company’s entire value chain, including raw materials, logistics, business travel by the team, and how its employees commute to work. This category can account for up to 70% of a corporate carbon footprint. 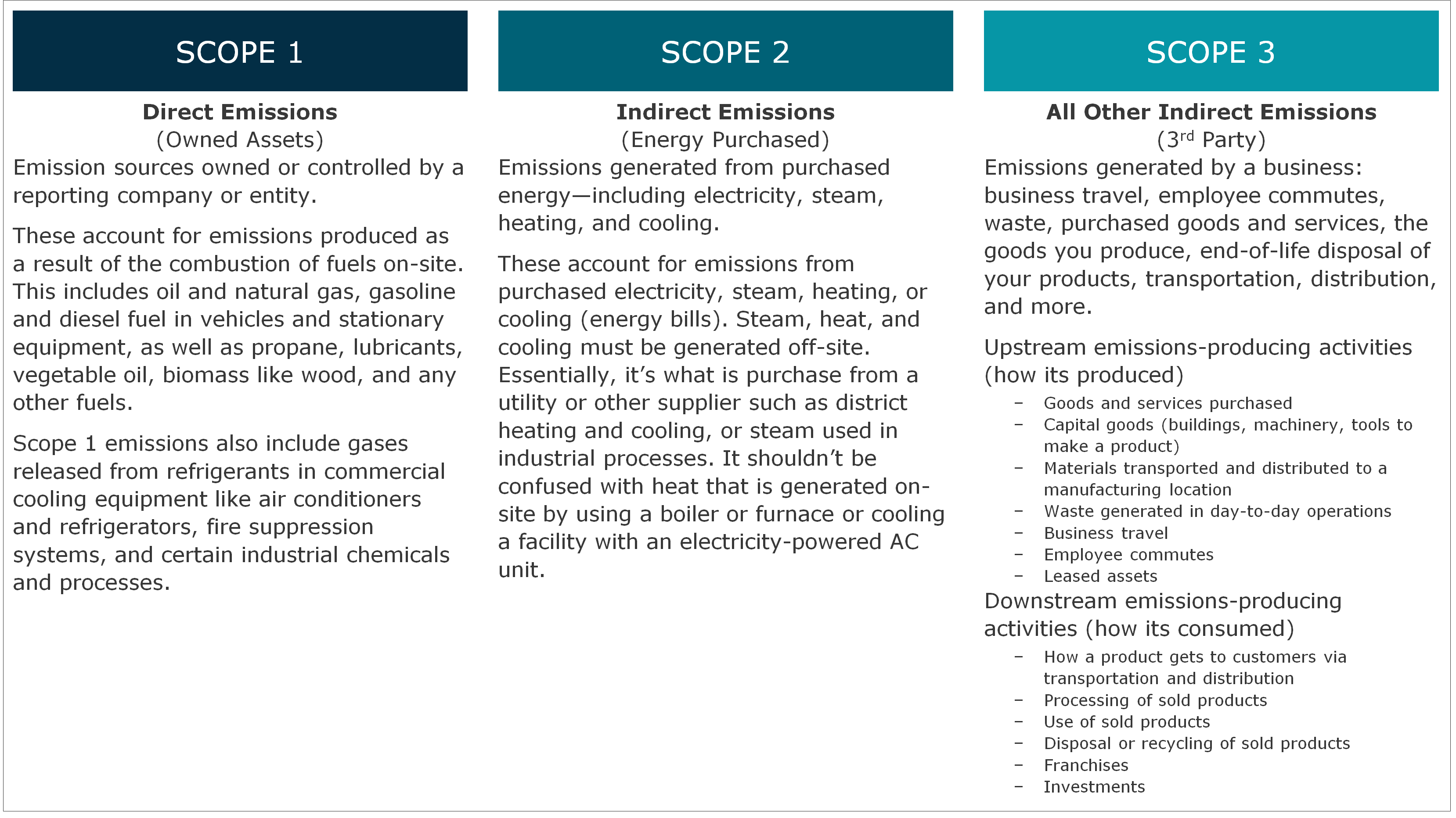 So what is carbon positive? And why is this a bad thing?

At first glance carbon positive would appear to be a good thing. However, the phrase “carbon positive” describes a “business as usual” scenario and CO2 emissions produces by a business or entity are more than zero. Keep in mind that all businesses with a carbon footprint are carbon positive and they contribute to climate change. But, a business that is carbon negative is a business with greenhouse gas emissions that are below zero as a result of the removal of more CO2 than what is emitted. Companies can achieve the highest degree of credibility and the greatest positive impact on our climate if they also pursue a transparent carbon avoidance and reduction strategy for their carbon neutral products and their business entities.

Creditable proof of carbon neutrality is important to consumers. For example, PAS 2060 is an internationally recognized standard designed to verify the accuracy of these claims and help companies achieve carbon neutrality through an ongoing process of continual improvement. Developed by the British Standards Institution and implemented in 2010, PAS 2060 presents four key stages to carbon neutrality — measurement, reduction, offsetting and documentation.  One Carbon World is a carbon neutral not-for-profit organization and a global resource partner of the Climate Neutral Now Initiative, launched by United Nations Climate Change (UNFCCC). In addition, One Carbon World offers advice and support on the measurement and reduction of Carbon Dioxide and other green house gases in 24 countries around the world.

Following these steps can help companies reap the rewards of increased revenue, reduced costs, engaging stakeholders, and reduced risks. Successful companies realize that action on climate benefits us all.

... sustainable investing has quickly become a key differentiator for investors, one that can tip the scales in many cases between similarly positioned companies, or even help shore up an otherwise disadvantaged prospect.