This browser is not actively supported anymore. For the best passle experience, we strongly recommend you upgrade your browser.
All Posts Subscribe
August 16, 2022 | 5 minutes read 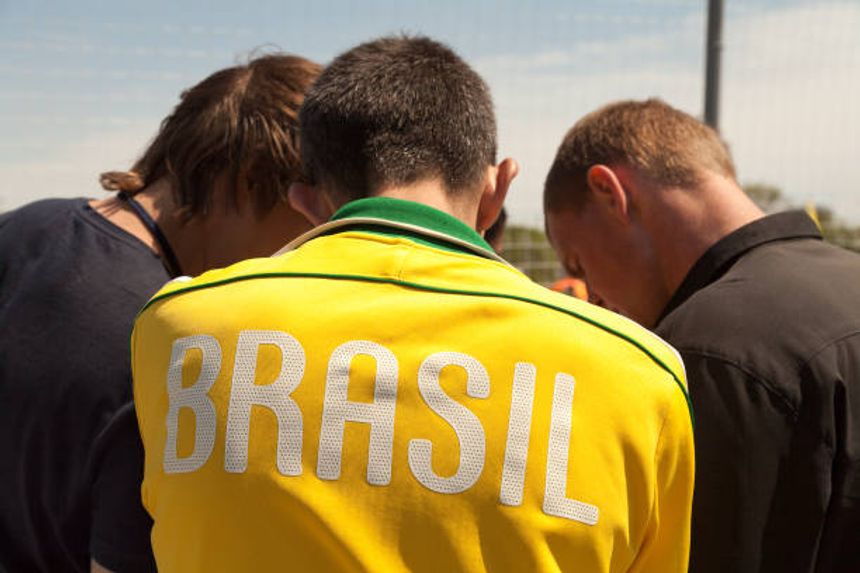 While Brazil may be widely regarded as the spiritual home of soccer, boasting passionate fans and extravagantly talented players, it has until recently offered few opportunities for foreign investors.

Brazilian soccer clubs have traditionally been structured as non-profit associations, led by powerful club presidents elected by the club’s members every three or four years. Long-term financial planning has often taken a back seat to populist promises focused on short-term, on-field success; these promises are typically made with an eye on the next election cycle.

To fund these short-term promises, many clubs have been burdened with high debt loads and, unlike some of their European club counterparts, most do not have a sophisticated backer to stabilize their finances. While presidential elections have occasionally been won on a platform of debt restructuring and improved financial performance (most notably at Brazil’s most popular club, Flamengo), such instances remain rare.

Things are beginning to change, however. Brazilian journalists have noted that the days of the “populist amateur” appear to be numbered, as a new wave of more rational, business-minded club owners emerges. Proponents of “Libra” and of “Forte Futebol” – proposed breakaway groups involving Brazil’s biggest clubs – say it would create a more successful commercial structure, including a more equitable distribution of TV revenue. This is especially important at this moment given the current TV rights contracts of the main national tournament (Brasilerão) expire in 2024.

The most significant development, from an investment perspective, has been a law change in August 2021 that has allowed clubs to be structured as a new type of limited-liability company, known as a Sociedad Anônima do Futebol (SAF).

How does a SAF work?

For clubs operating under this new structure, all football-related activities are segregated and assigned to the SAF, which then holds all rights and obligations arising from these activities. Current debt stays with the club, which retains an obligation to settle it, generally within 10 years. In exchange for the club’s intellectual property rights, the SAF pays the club an agreed remuneration, in addition to dividends as a shareholder of the SAF. Should the SAF default on these obligations, the SAF may be held liable for the club’s debt.

This professionalization of management structure and governance rules, and the greater security the new structure offers to financing institutions, has significantly expanded financing opportunities.

In the past year, US investors have made moves for two of Brazil’s most historic teams – Rio de Janeiro-based Vasco de Gama and Botafogo. The Miami-based 777 Partners, which already owns Italian side Genoa and has stakes in other European clubs, recently received approval from Vasco club members to acquire a 70% stake in CR Vasco da Gama, while virtual reality entrepreneur John Textor, who owns 40% of shares in Crystal Palace in the English Premier League, has invested a reported $330m in Botafogo. Another Miami-based private equity firm, DaGrosa Capital Partners, has also been linked with a takeover of Atletico Mineiro, one of Brazil’s oldest and most popular clubs.

While recent investment activity may have been prompted by the new rules around club ownership structures, it is easy to see the broader attraction of these clubs for investors. Brazilian soccer clubs may trail their European counterparts in revenue streams, but they have some of the largest and most passionate fan bases in the world, with no fewer than 10 clubs boasting stadia with 40,000-plus capacity. The depreciation of the Brazilian Real against the US Dollar is likely to act as a further spur for investment.

US investors are not the only parties looking for opportunities in Brazilian soccer, but for ‘super group’ investors – including the likes of City Football Group (rumored to be in talks with Brazilian club Esporte Clube Bahia) and the Red Bull Group, who already own or have partnerships with clubs in other South American countries as well as in Europe – the priorities might be somewhat different. Clubs acquired by these groups will likely become satellite clubs to acquire local talent, and ultimately a vehicle to ensure the best players reach the Group’s more prestigious clubs in Europe earlier in their career and at a lower cost. Brazil is the number one exporter of soccer players, with more than 1,200 Brazilians playing professionally outside their domestic league.

What challenges could be in store for new owners?

Increasing value and profitability while maintaining connections with passionate fanbases who will want to see immediate results on the soccer field may prove a complex undertaking. At the same time, new owners will have to grapple with their evolving social responsibilities, such as education initiatives and investment in youth academies and women’s teams.

Investors focused on value growth in Brazil will be keenly aware that while short-term success is likely to represent the quickest route to profitability, building revenue streams must also be a focus.

To build revenue, clubs will look to maximize income from domestic and international TV audiences, while also monetizing fan engagement. Flamengo may provide a yardstick – the club has been transformed over the past decade from one of the most indebted clubs in Brazil into one of the richest, thanks in part to a focus on fan engagement including new membership categories, a club TV channel, increased merchandise offerings and a new club museum. Successful clubs will also look to expand commercial opportunities from global club events such as the FIFA Club World Cup.

We could also begin to see a change in Brazil’s historical reliance on player exports. With backing from foreign investors, clubs may be able to hold onto their prized assets for longer (before the inevitable transfer to a European league). This could mean players leaving when their transfer values are higher, generating more revenue for the club, while also increasing domestic and global fan engagement, as spectators are more likely to see the best Brazilian players plying their trade in Brazil.

Key takeaways for clubs and investors