This browser is not actively supported anymore. For the best passle experience, we strongly recommend you upgrade your browser.
All Posts Subscribe
June 8, 2022 | 5 minutes read 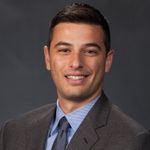 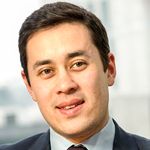 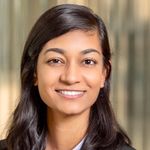 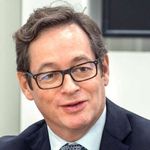 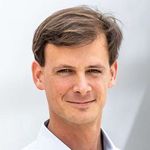 Russia’s invasion of Ukraine is a humanitarian crisis that has caught the attention of the entire world. The daily flow of stories and images depicting violence and bloodshed are a consistent reminder of how fragile peace can be and how poised history is to repeat itself.

As sanctions rapidly escalate, corporate decision makers must respond to fallout from the conflict, carefully managing Russia/Ukraine exposure. AlixPartners has outlined seven Decision Verticals, accompanied by lists of questions and concerns each Vertical presents. This tool can help those adapting to possible escalation of sanctions. 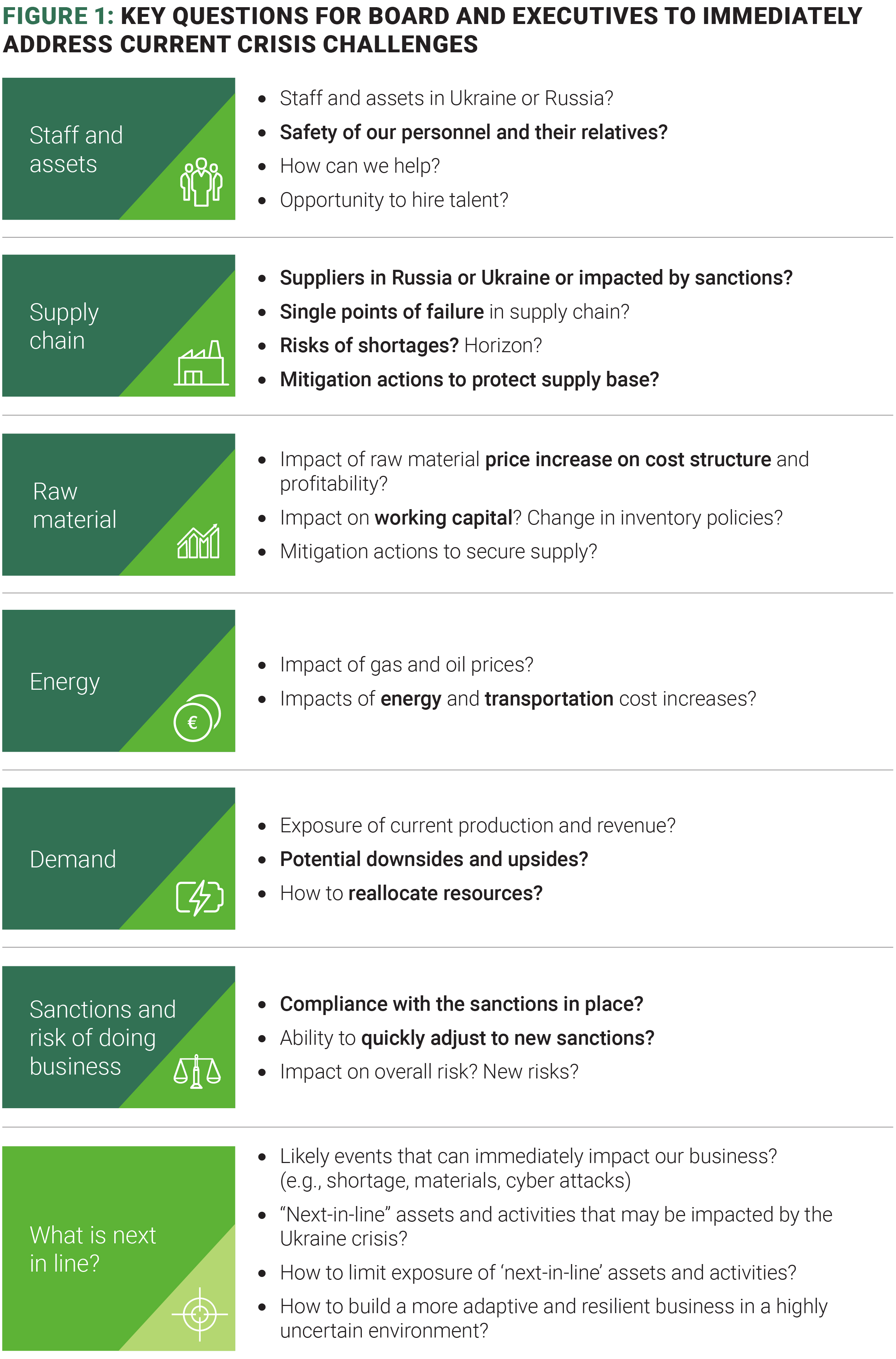 Consequences for the Aviation Industry

International Russian and Ukrainian air traffic represents only 4% of Europe’s total. Russia’s air traffic is primarily driven by a domestic market that is likely to decline as sanctions impact the Russian economy and potentially decrease household income.

Moreover, the suspension of spare parts supply from Western OEMs affects ~80% of Russia’s fleet (715 commercial aircraft).[i] The vast majority of aircraft cannot be effectively maintained over the longer term. This will potentially force Russian airlines to deplete stocks of spare parts, then begin to cannibalize aircraft to support active units, and ultimately close several routes. In such a difficult environment, nationalization of Russian airlines is a distinct possibility.

European sanctions led to the termination of all leasing contracts with Russian operators as of March 28th, triggering the repossession of leased aircraft by Russian airlines. As a result, leased aircraft now operate under a maintenance regime and flight records are not recognized by the lessors. This is likely to impact aircraft values and airworthiness outside of Russia, which could result in multiyear litigation between lessors and their insurers. Longer-term, this triggers major questions on the post-crisis appetite of Western lessors to return to Russia.

As of early May, 222 aircraft have effectively been “repossessed” by Russian airlines from Western lessors. In Q1 of 2022, these lessors declared $5.6 billion impairment losses related to their Russian businesses.

Macroeconomics are further complicating things. Brent crude prices are up 60% since December, impairing airlines’ cost structures.[ii] Lower profitability and ticket price increases represent stiff headwinds for an industry already pressured by the pandemic, supply chain disruption, and widespread inflation. If oil prices remain at $120, AlixPartners estimates the global airline industry will be hit with $40 billion in increased costs (assuming a 60% pass through to customers via fuel surcharges and higher fares).

The global super-inflationary environment is having a strong impact on household disposable income globally, particularly experienced through higher energy and food prices. This trend will likely have ripple effects on demand, especially for leisure travel – a key pillar of the post-COVID recovery. As a result, the global post-pandemic air traffic recovery could be delayed by at least a few quarters.

At first glance, the consequences of fallout from the Ukraine crisis appear limited: commercial aircraft backlog exposure to Russia is equal to less than 1% of the combined Boeing and Airbus total order book, (95 orders out of more than 12,000 orders worldwide).[iii] The main program impacted in the short term is A350, where the coming two-year production schedule factored in 14 aircraft for Aeroflot.

Russia is a leading global supplier for aluminum, nickel, titanium, palladium, and copper. As prices increase, OEM margins are likely to be impacted. The level of deterioration will vary based on capabilities, contractual agreements, and position within the value chain. 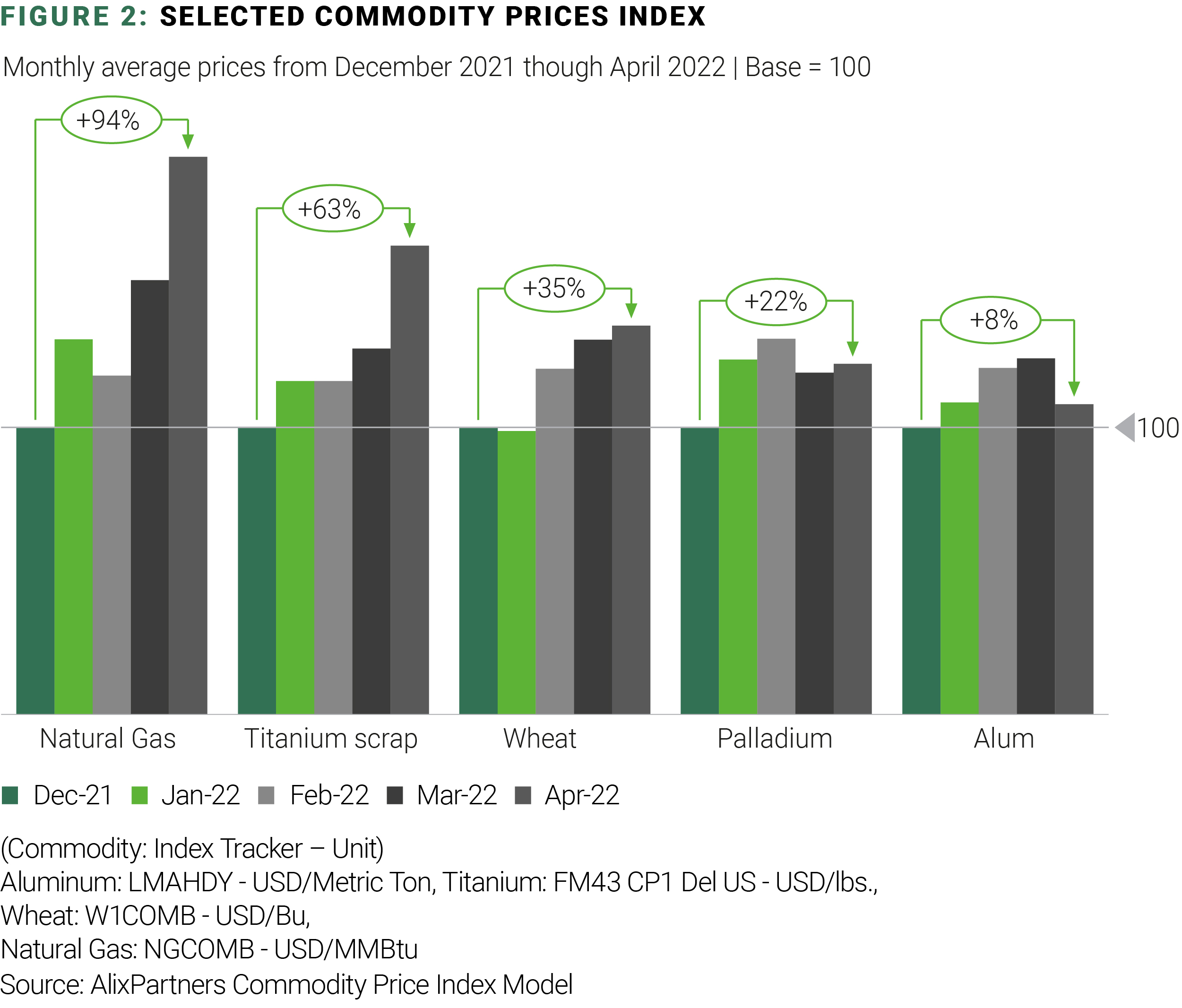 Supply of titanium is most vulnerable due to the risk of sanctions and a lack of spare capacity or alternative sources worldwide. Main programs and systems impacted are 787 and A350 landing gear, engines, and pylons. 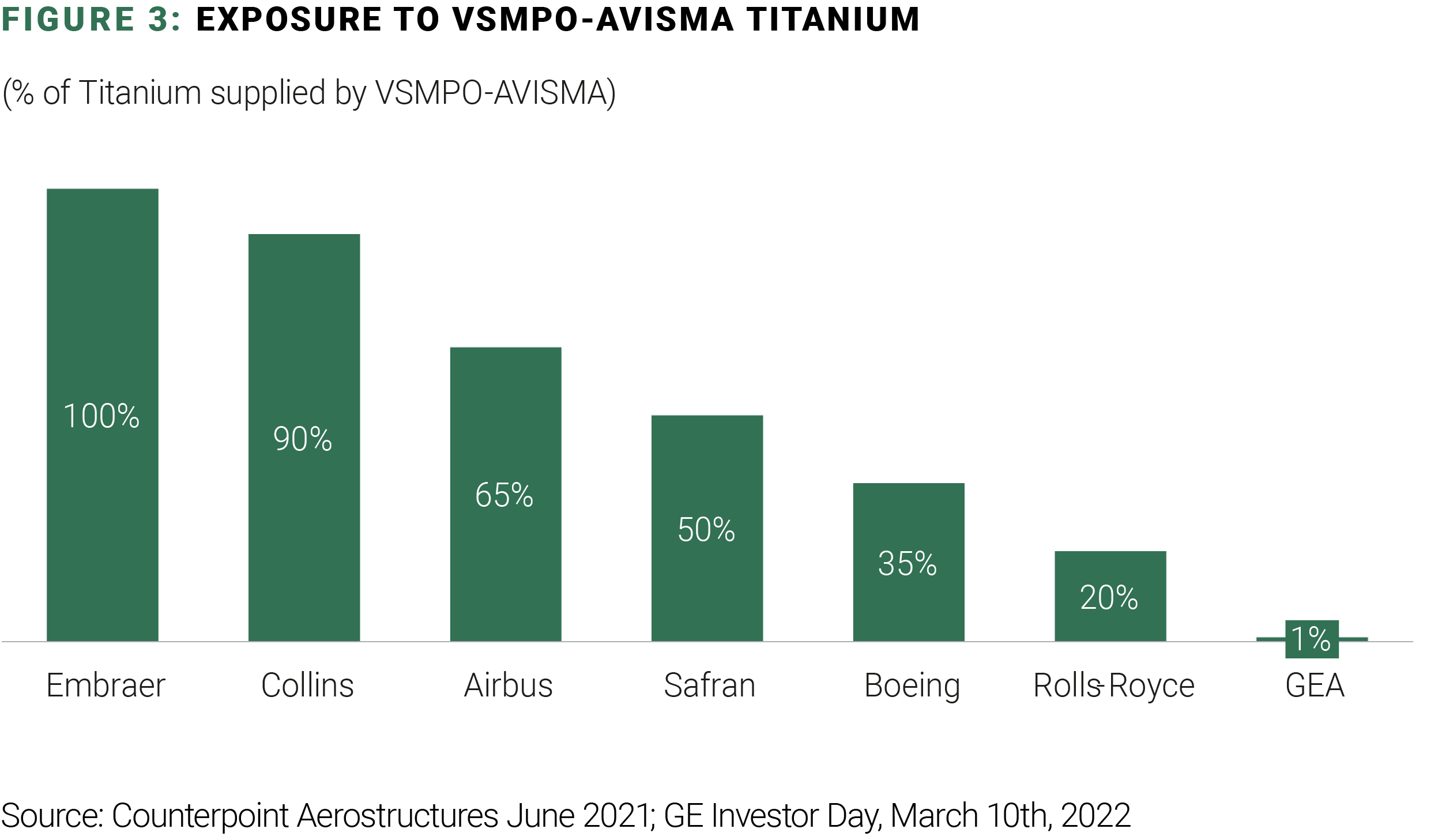 The exposure to Russian titanium has been a known risk, and major OEMs have purposefully built-up stock levels that currently vary from a few month’s worth of supply to less than a year. U.S. titanium exposure to Russia has historically been lower than European players, and decisions were already taken after annexation of Crimea to further reduce U.S. exposure. Still, VSMPO-AVISMA is a critical supplier of both titanium and forgings for most OEMs, including Airbus and Safran.

Reducing the Russian titanium risk by finding alternative sources is a complex task. It will take at least 18 to 24 months to requalify materials and suppliers. It may also result in a 20-30% cost increase on these parts.

These actions likely represent a one-way ticket out of Russia due to the required investments to establish a new source. To effectively orchestrate this transfer, coordination may be needed. The ability of one industry player to mitigate the risks of Russia exposure is highly dependent on the ability of its key suppliers to mitigate their own exposure.

This disruption is taking place as the supply chain has already been weakened by the pandemic. Logistics prices have further spiked due to bottlenecks in the global supply chain, oil price increases, and complications related to operational challenges in Ukraine and Russia. Additional stress is certain.

The impact of inflation in the commercial aerospace industry is amplified by the sudden increase of energy price triggered by the Ukraine crisis, particularly for aluminum and global logistics. Over the long term, this may result in potential adjustments of the commercial aerospace footprint: regional footprint instead of global to reduce transportation costs, arbitration towards more decarbonized products, and technologies.

The Russian economy, on its own, carries relatively limited weight in the global economy (outside of energy supply), potentially limiting the direct impact of the Ukraine crisis on commercial aerospace and aviation. However, we need to take into consideration:

The Ukraine crisis is amplifying previously assessed impacts, delaying a potential industry recovery, and forcing the commercial aerospace ecosystem to quickly reduce its dependency on Russian titanium. Of particular concern is the fact that the path to recovery and expected increased ramp-up of key programs may be in jeopardy.

The conflict is also opening a wide range of opportunities for Europe to rethink its defense strategy and consolidate its requirements and industry to make it more resilient and capable of delivering the weapons systems and solutions that will protect its citizens. See the AlixPartners A&D Minute on the impact of the Ukraine crisis on the Western defense industry. 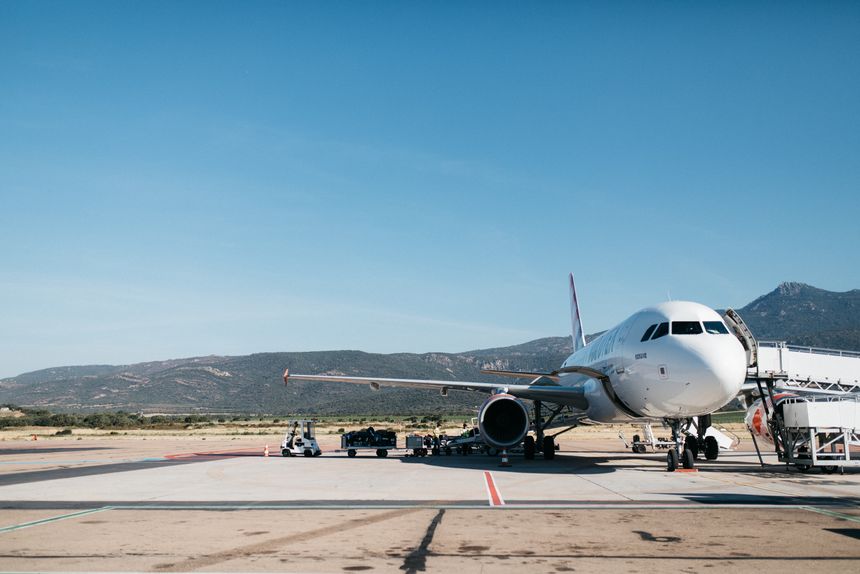