This browser is not actively supported anymore. For the best passle experience, we strongly recommend you upgrade your browser.
All Posts Subscribe
May 27, 2022 | 1 minute read 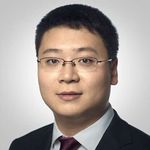 In April this year, the China Securities Regulatory Commission ("CSRC") released the 20 representative cases of securities violations in the year of 2021 (available only in Chinese language). This is the sixth consecutive year in which CSRC has selected and published its representative enforcement actions. These cases provide a glimpse of the market dynamics, regulatory developments, types of misconduct, and potentially the priorities of CSRC's enforcement actions.

The representative cases over the past six years have always included disclosure violations, intermediary misconduct, insider trading and market manipulation. The largest composition, however, shifted from market manipulations in the earlier years to disclosure violations more recently. In 2020 and 2021, over half of the cases were disclosure violations, especially corporate financial reporting frauds and related misbehaviors. The overall trend is on the rise – CSRC reported that it handled 163 cases of misrepresentation in 2021, including 75 cases of accounting and reporting fraud, representing a year-on-year increase of 8%.

Studying some of the financial fraud cases in 2021, I have the following observations: