This browser is not actively supported anymore. For the best passle experience, we strongly recommend you upgrade your browser.
All Posts Subscribe
May 16, 2022 | 3 minutes read 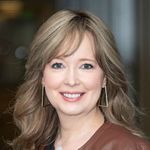 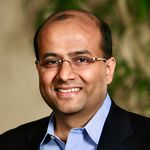 Think about the most connected people in your organization. When projects come together, these are the staffers assigned to democratize the process, coordinating a vast sea of potential resources and ideas. Democratizers are unsung but vital. They foresee bottlenecks and knockdown roadblocks to promoting the flow of information.

In this third installment in our digital workforce series, we explore the role of the cloud operating as the democratizer. Once the supply pipeline of data is flowing, the cloud opens a free-flowing artery – regardless of whether the data is structured or unstructured. By pooling all this data into a central reservoir, often referred to as a data lake, the cloud makes sure critical information that can help various operations within the company doesn’t get siloed in a single database or locked up in a single department.

The cloud needs to be more than simply a tool to make computing more efficient. It is an essential worker, integrating data and connecting it to everyone who needs it. The cloud also democratizes the availability of computing and computers. Instead of committing hundreds of thousands of dollars to acquire and test infrastructure, the cloud significantly reduces investment requirements while increasing access and distribution.

This transition does not happen by accident. Simply dumping all your information into the cloud without thinking about that cloud as a democratizer is a surefire way to block collaboration – especially when it comes to powering artificial intelligence. The goal is to unlock a “compute engine, ”opening a window to the world via:

Effectively utilizing AI and machine learning requires the role of a democratizer. As the velocity of innovation has increased, many large companies are using the cloud to enable multiple stakeholders – including subscribers, employees, contractors, designers, and developers – to rapidly disseminate the fruits of that innovation.

We’ve all heard the stories about the familiar and high-profile “born-digital” companies. They demonstrate what’s possible by creating new models of efficient economies that were not possible before. Uber, for instance, leverages the cloud to connect millions of users with millions of drivers; Netflix uses cloud to learn what customers like to watch, bringing more and more relevant content to users; Salesforce has reinvigorated customer experience by unifying marketing, sales, service, commerce, and IT.

But we also have strong examples of “born-traditional” companies leading with cloud. John Deere plans to launch an autonomous tractor that constantly interacts with the cloud to both transmit and receive critical information needed for more efficient farming. Bank of America was among the first to innovate with photo-based check deposits, helping inspire financial service providers to migrate to cloud services faster than other industries. Shell has utilized cloud technology to migrate away from data centers, and elevator manufacturer Schindler plans to use the cloud to power its app for touchless operation by both humans and robots.

Satavia employs an approach worth analyzing. A green aviation company, Satavia pulls in mountains of atmospheric and climate data along with aerospace engineering specs to run weather prediction models. Microsoft’s Azure enables this technology that puts a universe of data to work for split-second decision making.

By modeling 30-second time steps and breaking down the earth’s atmosphere into a grid, hundreds of billions of near-instantaneous algorithmic computations lead to a substantial and concrete reduction in aviation’s contribution to global warming.

Effective companies rely on efficiently utilized data that doesn’t require several layers of bureaucracy or processing to organize. Think about all the data available within your organization: this could be spreadsheets, or it could be text documents, social media posts, feedback from connected devices, customer behavior, videos, photos, or customer service audio recordings. Is it at your fingertips? Or does it take a chain of emails, meetings, approvals, and transfers to efficiently get it to the right place?

An effective cloud-as-democratizer takes the legwork out, lessening the need to engage in costly guesswork about what structure you may need data in next week, for instance, or what questions you may ask later in the year or later in the decade. Companies like those listed above are competing in fast-moving markets and providing critical services, and the cloud is increasing their ultra-connected worker who responds the moment the request comes in.

In our next two posts, we’ll build on the role cloud plays in this transformational thinking and the way to both optimize and protect the information once it flows more freely. The first step, however, is to have a 1:1 with your cloud. Make an honest assessment of what you can and should be democratizing within your enterprise, and map out steps to turn this technology into a competitive advantage. 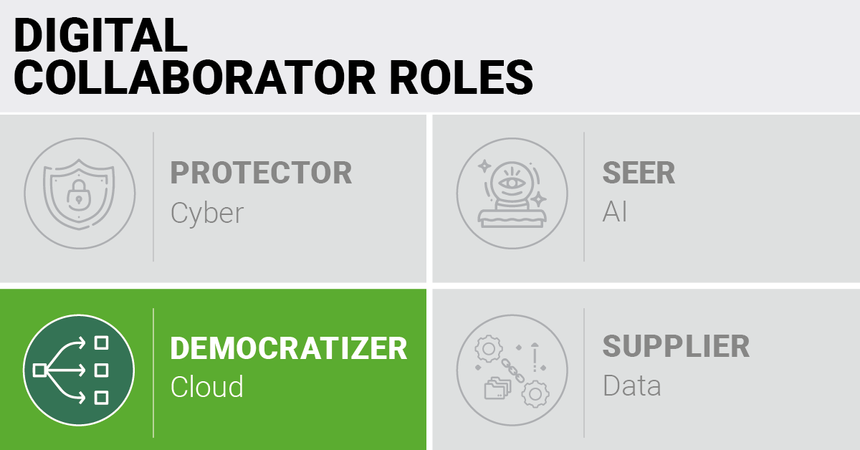