This browser is not actively supported anymore. For the best passle experience, we strongly recommend you upgrade your browser.
All Posts Subscribe
March 25, 2022 | 2 minutes read

This week marks the one-year anniversary of the Suez Canal blockage. At the time, the global supply chain crisis was still in its infancy. Less-than 30 ships were at anchor at the Port of LA/LB and the cost of shipping a container from Shanghai to LA was around $5,000. On March 23rd, the Ever Given, a 20-thousand TEU container ship, lodged itself into the bank of the canal and sparked a social media frenzy. Within hours, photos and memes of the hapless vessel circulated the internet. Jokes of using shovels and toy diggers to free the 200,000-ton ship spread like wildfire. Supply chain had hit the mainstream. Offline, however, the real story unfolded. Within a week, nearly 400 ships were stuck in line, preventing the flow of nearly $10bn-worth of trade. This single event captured the attention of the world and disrupted global trade at historic levels.

Since then, things have only gotten worse. Today, nearly 80 ships are at anchor at the Port of LA/LB and the cost of shipping a container from Shanghai to LA is over $10,000. While the initial wave of congestion from the Suez Canal debacle has subsided, the impact of similar events on the global supply chain has not. In the post-COVID supply chain environment, the Suez Canal blockage was the first domino to fall in a series of compounding disruptive events.

March: Ever Given blocks Suez Canal for a week, disrupting global trade
May: COVID surge in India hampers raw materials and manufacturing exports
May: Port of Yantian shuts down for three weeks
July: British Columbia wildfires disrupt Vancouver intermodal and port operations
July: Union Pacific suspends intermodal service from West Coast to Chicago
July - October: Vietnam manufacturing output is crippled by COVID outbreaks and restrictions
August: Ningbo's Meishan Terminal shuts down for 2 weeks
And the list goes on... the most recent disruption being the conflict in Ukraine, which is having a colossal impact across commodities, raw materials and other aspects of the supply chain.

The Suez Canal disruption caught many importers off-guard. At the time, it was considered a rare 'black swan' event. However, in the year since that event, we have seen numerous similar disruptions create cascading effects throughout supply chain. The frequency of these events has fundamentally changed how importers view their global freight networks. Pre-pandemic, flexibility in ocean freight capacity was viewed as a qualitative bonus, usually secondary or tertiary in importance to cost. Now, importers are willing to pay for flexibility to preserve service levels and avoid costly spot-market rates. As these events become the norm, driven by COVID variants, climate change, conflict, and other factors, one thing is clear: the only thing that is certain is uncertainty. These endless waves of disruption have flipped the supply chain to a 'just in case' instead of 'just in time' model and it looks like it is here to stay - at least for a while.

Pre-pandemic, flexibility in ocean freight capacity was viewed as a qualitative bonus, usually secondary or tertiary in importance to cost. Now, importers are willing to pay for flexibility to preserve service levels and avoid costly spot-market rates. 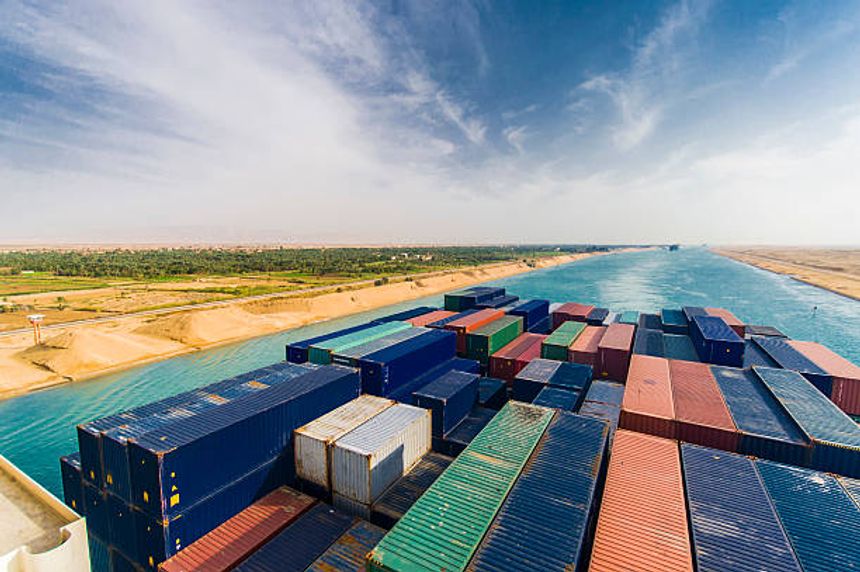