This browser is not actively supported anymore. For the best passle experience, we strongly recommend you upgrade your browser.
All Posts Subscribe
September 17, 2021 | 2 minutes read 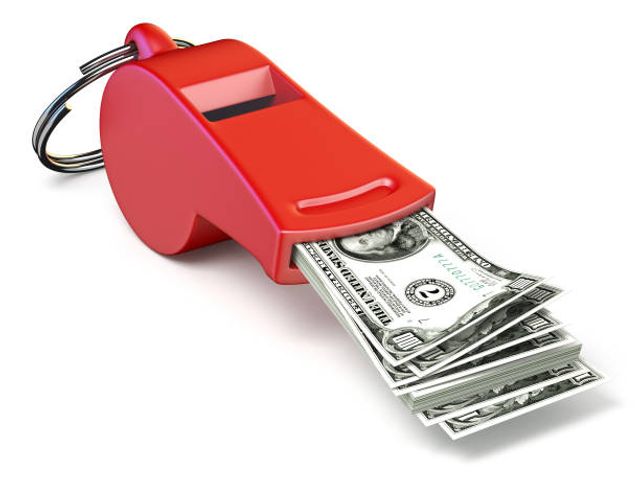 How long does it take to reach one billion?

Ray Kroc, the founder of the McDonald’s food franchise, posted the number of total hamburgers sold on their signs, starting in 1955.  At the time, the number was over 1 million served, and they reached 1 billion hamburgers served in 1963, some eight years later.

It took 23 years for Warren Buffett to become a billionaire, but it only took five years for Jeff Bezos to join the billionaire’s club.

On September 15, 2021, the Securities and Exchange Commission (“SEC”) announced that the SEC’s Office of the Whistleblower has now paid more than $1 billion in awards, since its inception in 2010.  In just over ten years, more than 200 individuals have received awards, with approximately $500 million paid in fiscal year 2021 alone.  SEC enforcement actions from whistleblower tips have resulted in more than $4.8 billion in financial remedies.

One of the awards that helped put the whistleblower program over the $1 billion mark, was a $110 million award to a whistleblower which consisted of approximately $40 million related to a SEC case, and approximately $70 million out of related actions to another government agency.  The highest award in the program’s history was issued by the SEC in October 2020 for over $114 million.

The SEC historically received whistleblower information, however, the establishment and development of the Office of the Whistleblower, and the potential of receiving an award of 10%-30% of money collected from cases resulting in $1 million or more in monetary sanctions, has significantly boosted the number of whistleblower tips.  While winning an award of over $100 million may seem like facing the odds of winning the Powerball lottery drawing, it has created a strong incentive, not only for company personnel, but also a variety of other individuals, to report possible wrongdoing to the SEC.

The SEC Office of the Whistleblower issues an Annual Report to Congress that describes the activities of the office, details of the complaints received, and the resolution of the complaints. With over 10 years of experience, and having received over 40,000 whistleblower tips, the SEC has developed some profile information and characteristics about whistleblowers.  The 2020 Annual Report includes the following analysis:

“…approximately 68% of the award recipients to date were current or former insiders of the entity about which they reported information of wrongdoing to the SEC. Of those recipients, approximately 84% raised their concerns internally to their supervisors, compliance personnel, or through internal reporting mechanisms, or understood that their supervisor or relevant compliance personnel knew of the violations, before reporting their information of wrongdoing to the Commission.”

The fact that a large majority of employee award recipients raised their concerns internally in some fashion, before reporting to the SEC, indicates that companies may have an opportunity to successfully address a concern internally, and potentially reduce the likelihood of it being reported to the SEC.  Furthermore, if a matter does get reported to the SEC, companies that have made good-faith efforts to address internally raised concerns will most certainly be looked upon more favorably by the SEC.  It is worth noting that over 70% of the award recipients provided the SEC with original information that caused the SEC to open an investigation or examination. While it may not always be possible to remedy the concern, and a whistleblower may still report to the SEC regardless, companies should spend the time upfront to address and remediate any potential wrongdoing or deficiencies.

"The whistleblower program has been instrumental to the success of numerous enforcement actions since it was instituted a decade ago," said SEC Director of Division of Enforcement Gurbir S. Grewal. "We hope that today's announcement encourages whistleblowers to continue to come forward with credible information about potential violations of the securities laws."