This browser is not actively supported anymore. For the best passle experience, we strongly recommend you upgrade your browser.
All Posts Subscribe
September 8, 2021 | 7 minutes read

Four is the Loneliest Number: How strategic rounding of EPS results may predict aggressive financial reporting 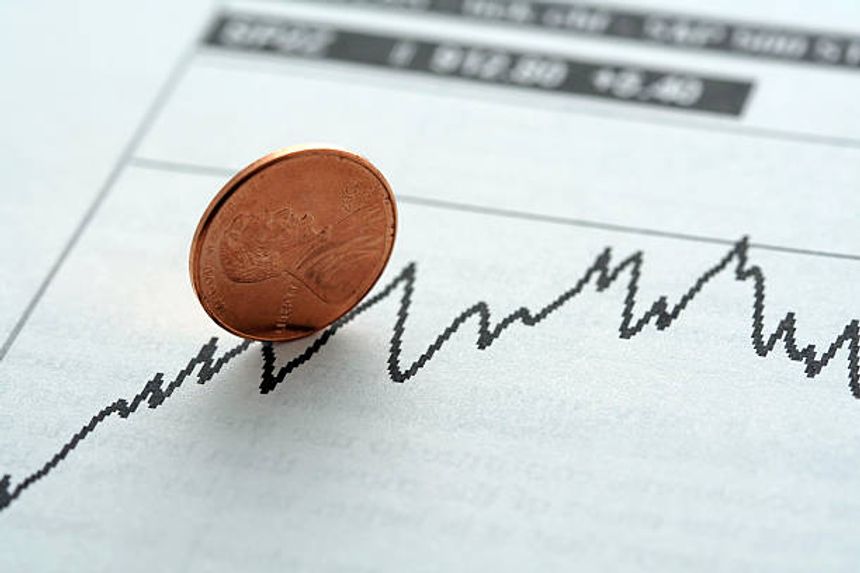 In their academic paper, "Quadrophobia: Strategic Rounding of EPS Data," authors Nadya Malenko, Joseph A. Grundfest, and Yao Shen identified the number four as the most under-represented number in the first post-decimal digital (10th of a cent) of reported EPS results [1].  To illustrate, a company’s reported EPS results are rounded to the nearest cent:  EPS calculations of 22.4 cents are rounded down to 22 cents, while calculations of 22.5 cents are rounded up to 23 cents.  The most recent version of the paper describes a variety of statistical analyses based on the study of earnings reports across all publicly traded companies from the period 1980 to 2017.  They found, among other things, that the number four appeared less often in the 10th of a cent place than any other digit in the calculation of reported EPS results, much less than would be expected by chance.

This pattern of the number four being significantly and consistently under-represented, was cleverly named “quadrophobia” by the authors.  Quadrophobia is not to be confused with the title of the classic rock album, “Quadrophenia”, by The Who.  Quadrophobia is an actual type of phobia related to the fear of the number four.  The paper states that it, “…appears that individual managements engage in patterns of practice that are likely to generate strategic rounding behavior…”.  This finding led the authors to the construction of a new measure of aggressive financial reporting practices called the quadrophobic score.  A company that did not report a four as the first post-decimal digit over a number of prior quarters would result in a higher quadrophobic score.

While the occurrence of quadrophobia in a company may represent legitimate accounting discretion and may not necessarily indicate any potential violations of accounting standards or efforts to manage earnings, the study took a deeper look to determine, if management practiced strategic EPS rounding, would they be more likely to engage in other forms of problematic financial reporting behavior.

In addition, their analysis finds that quadrophobia:

One of the inferences from the study is that an aggressive management trying to meet analysts’ expectations, may round up an EPS calculation by a 10th of a cent from a four to a five or higher digit. Whether by legitimate or improper means, a relatively small accounting adjustment could move the EPS results by a 10th of a cent to achieve a penny a share increase in overall EPS, and not attract much scrutiny. Another observation is that a high quadrophobic score may serve as a leading indicator of a possible relationship between management engaging in strategic EPS rounding and a corporate culture where aggressive accounting tactics may be more likely to occur.

Whether one embraces or challenges the findings and analyses of this academic study, it highlights the perennial issue of the intersection of pressure on companies to meet capital market expectations and the level of management discretion in reporting financial results.  While the existence of a high quadrophobic score does not necessarily mean that earnings management and financial reporting violations are occurring at a publicly traded company, it does provide yet another metric for analysts, investors and the SEC to consider and utilize when analyzing financial results.

An earlier version of the Quadrophobia Study presented in 2009 was featured in a 2010 Wall Street Journal article. The article reported that based on an analysis of computer maker Dell Inc., no instances of a number four were reported as a 10th of a cent digit between its IPO in 1988 to 2006.  In 2007, Dell restated its financial results for 2003 through early 2007, and in 2010, they settled SEC charges that it misled investors through the use of “cookie jar” reserves which manipulated quarterly results and allowed them to meet quarterly EPS targets in some cases.

In 2012, the SEC reported that it had developed an “Accounting Quality Model” that would review companies’ financial statements to identify patterns that may indicate potential fraud.  In a December 2012 speech, Craig Lewis, Chief Economist and Director of the Division of Risk, Strategy and Financial Innovation at the SEC, stated:

“Academics in finance and accounting have long-studied the information contained in financial statements to better understand the discretionary accounting choices that are made when presenting financial information to shareholders. You may even have heard the euphemistic phrase for the aggressive use of that discretion in manipulative or even potentially fraudulent accounting practices: “earnings management.” Importantly, the phrase “earnings management” is broad enough to capture both aggressive accounting practices that fall within GAAP and fraudulent accounting practices that violate GAAP. As I mentioned above, the metrics we are developing can help identify firms that stick out from the pack.”

In 2018, a Wall Street Journal article reported the SEC had sent inquiries to at least 10 companies seeking information about accounting adjustments that may have increased their reported EPS. These inquiries by the SEC’s Enforcement Division have become known as the EPS Initiative. The article cited sources who said the Quadrophobia Study had been widely read at the SEC and that economists at the SEC replicated parts of the study and found similar results.

Whether or not the SEC was influenced by the Quadrophobia Study to undertake the EPS Initiative, it is very apparent that the Enforcement Division remains focused on potential improper earnings management and is working to identify instances through an analysis of EPS data.

In September 2020, the SEC entered into settlements with two companies, Interface Inc. and Fulton Financial Corporation, for alleged violations that resulted in improper reporting of quarterly EPS that met or exceeded analyst consensus estimates.  The related SEC press release stated, “The actions are the first arising from investigations generated by the Division of Enforcement’s EPS Initiative, which utilizes risk-based data analytics to uncover potential accounting and disclosure violations caused by, among other things, earnings management practices.”

It is interesting to note that both of these companies reflected patterns of meeting or slightly exceeding consensus EPS estimates for consecutive quarters which were then followed by a quarter with a significant drop in EPS, and the earnings releases highlighted record-setting EPS results, which likely represent additional circumstances monitored by the SEC’s risk-based data analytics.  Additional common findings were that the companies utilized manual adjustments for accounting estimates that required significant judgement by management, and that the internal controls related to accounting estimates were considered deficient.

On August 24, 2021, the SEC brought charges against Healthcare Services Group, Inc. for improperly delaying the recording and disclosure of loss contingencies that enabled the company to report EPS that met analyst’s consensus estimates for multiple quarters.  The SEC noted that this was the third action to result from the Division of Enforcement’s ongoing EPS Initiative.

While earnings management practices have often been difficult to detect by auditors and the SEC, with the increasingly sophisticated data analytics methods being utilized by the SEC, such as the focus on EPS, they may have developed effective ways to identify and investigate those companies with potentially aggressive financial accounting practices.  From the perspective of a publicly traded company, what are some considerations given the SEC’s EPS Initiative?

First, and always, do not manage earnings.  While this is an obvious directive, there are some important actions which companies should consider:

...it is very apparent that the Enforcement Division remains focused on potential improper earnings management and is working to identify instances through an analysis of EPS data.