This browser is not actively supported anymore. For the best passle experience, we strongly recommend you upgrade your browser.
All Posts Subscribe
April 8, 2021 | 5 minutes read

Could the Football Index furore have been avoided? 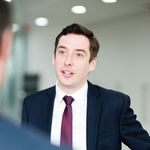 It was January 2018 when I first heard of potential issues within Football Index. A good friend of mine said they were pulling out their money as they considered their investments were too susceptible to the actions of others. They were also still smarting from a dividend policy announcement in September 2017 that had caused the value of their portfolio of 'player shares' to fall 25% over a single weekend and they doubted the accuracy of the media-based dividend algorithm. Of course, this was just one person’s viewpoint, but it does put the recent, widely reported complaints from customers regarding potentially unfair Terms and Conditions and other actions by the company under a different light.

For those of you unfamiliar with the company, you may think it is strange I am referring to investments and dividend policies when Football Index is a betting platform. However, Football Index, with its ubiquitous advertising campaign, marketed itself as a pseudo-stock exchange where customers could buy and sell ‘shares' in top level football players and, depending on how well those players performed or how often they were featured in certain media outlets, weekly dividends would be awarded.

The reality, per the terms and conditions buried on the Football Index website, was that customers were entering into three-year betting contracts with Football Index, wagering that the performance and media dividends would ultimately cover their initial stake, and, ideally, a little extra. Also, within these terms and conditions, and as discovered the hard way by my friend, Football Index reserved the right to change the rules of the game as they saw fit and amend its dividend policy on all open bets.

This somewhat hidden anomaly did not, however, deter customers and, having launched in 2015, Football Index appeared to grow from strength-to-strength, even appearing as the main shirt-sponsor for Nottingham Forest and Queens Park Rangers this season. Most football fans will have seen its national radio and television advertising campaigns with the voice of John Motson adding an element of both nostalgia and credibility. Football Index was everywhere and there was nothing quite like it.

All of this has now come crashing down. On 5 March 2021, Football Index announced a new dividend policy which would effectively cut its maximum weekly dividend per player from 14p to 3p, leading to a massive price crash across Football Index’s entire market. Since then:

It will not be possible until the various processes have been completed to determine the overall losses suffered by customers, but initial media reports suggest this could be up to £90m.

This is all very sad, particularly for customers who would never have dreamt of ‘betting’ four-figure sums on the performance of football players had it been characterised in that way but who instead believed they were investing in something far more stable. Whether or not they should have read the small print will, I suspect, be a topic of debate but the question remains as to whether something could (or should) have been done sooner.

In the statement concerning the removal of Football Index’s operating licence, the Gambling Commission only refers to activities that were “carried on in purported reliance on the licence, but not in accordance with a condition of the licence”. If the key issue being referred to was the change in dividend policy, rather than the magnitude of the price crash, how did this differ to the other instances where Football Index caused loss of value by arbitrarily changing the policy (albeit apparently permitted by its Terms and Conditions)? One might ask whether there should also have been regulatory intervention at these points.

Taking this question further, should there have been regulatory intervention last year when Football Index removed the option to instantly sell shares back to the company? Instead, Football Index created an ‘order book’ system where a customer wishing to sell shares was required to find a willing buyer willing to buy at a certain price. Falling market liquidity meant that was not always possible within a short timeframe and had the effect of moving all of the risk onto the consumers (and away from the company).

Further questions will be asked regarding the Gambling Commission’s approach to Football Index after the Guardian reported that the Commission received a report in January 2020 stating that Football Index was “an exceptionally dangerous pyramid scheme under the guise of a ‘football stock market’” and that it was “vulnerable [to] and destined for a bank run in which the first ‘X’ per cent of users manage to get some money out before the system collapses and the remainder lose everything.” The Guardian reports that it understands this report was “presented in person to Gambling Commission staff and emailed to senior executives.” The timing of this is significant as it pre-dates Football Index removing the aforementioned ‘instant-sell’ option.

Given that most consumers saw and used the platform as a stock exchange, an argument could be made that the FCA may have been a more appropriate body to monitor how Football Index operated or at least give the Gambling Commission some guidance on potential risks.

In its ongoing coverage of the issue, the Guardian has spoken to an investment bank employee who, along with his counterparts, was astonished at how such a platform managed to operate without any oversight from the FCA despite being so similar in its structure and marketing to retail investment.

In the coming months, Begbies Traynor will do its best to salvage value from the business and will report, in the usual way, to the Insolvency Service regarding director conduct. One wonders whether a full investigation might ensue.

This investigation could cover many things but reports in the media suggest that Football Index continued to ‘mint’ new shares in players up until the dividend policy change (an action which itself is harmful to consumers as it dilutes the market and suppresses the value of existing shares), enticing more customers to invest money into a market for which Football Index was about to drastically change the rules.

Away from any potential Insolvency Service action, potential class action lawsuits may also look at the regular proclamations of good financial health made to consumers. Should or could they have been told anything different? This then also prompts the question, what requirement was there (if any) on Football Index to be completely transparent with the regulators?

Comments from Football Index customers who seem to have loved the product, not just for its uniqueness but for the value they have taken from the huge online ‘FI’ community they have become a part of, make it somewhat disheartening to see the position they are in now. They are not institutional investors or investment bankers, they are customers who have lost money (and in many cases, their savings) in a product they, rightly or wrongly, assumed more stable than it proved to be.

I hope that money can be recovered but if not, then let’s hope that lessons can be learned by the general public and possibly also by the regulators. When it is not clear where the value of an asset is coming from, whether it be hypothetical shares in very real football players or non-fungible tokens in digital media (that one really is a minefield…), a closer look is probably required by all of us.

...the Gambling Commission was warned in January 2020 that the company was “an exceptionally dangerous pyramid scheme under the guise of a football stock market”... 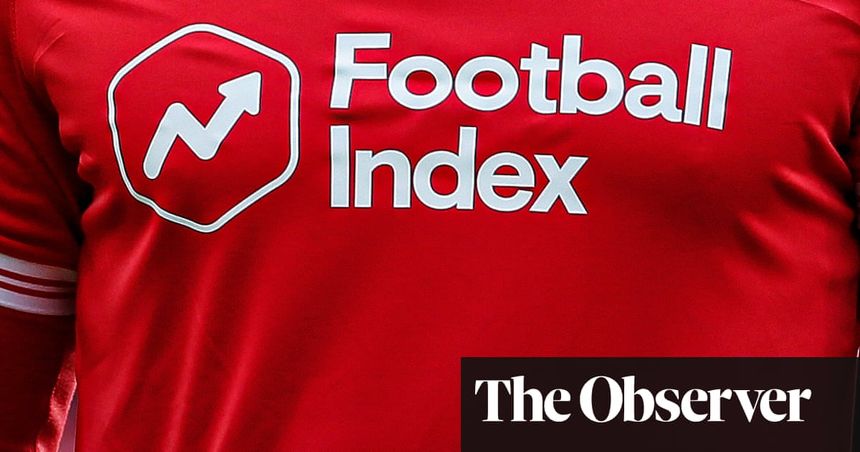